We tend to associate twin flames with the idea of “the one”, but can you have more than one twin flame?

Though we tend to think of twin flame connections as romantic ties that involve our one and only twin flame, the truth is that twin flame scenarios involve a lot of variety.

The soul bond of twin flames doesn’t necessarily involve a romanticized twin flame connection. People can encounter one twin flame along their journey or several of them. It’s a matter of frequency and progress along your twin flame ascension process and that of your twin or twins.

The ultimate twin flame merge would involve all the twin flames connecting and achieving union, ultimately ascending and merging into the original higher-dimensional twin flame consciousness. 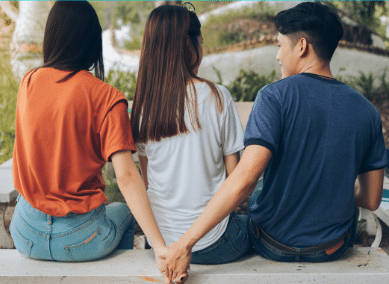 If people have done a lot of shadow work and have processed a lot of their energetic issues, their frequency is going to improve so much so that they will be able to manifest not just a single twin flame, but multiples.

Karma plays a big role in twin flame soul bonds, and not just in the form of the widely known karmics which get involved with some twins.

The truth of the matter is that as an integral part of the human experience, karma influences the lives of people and their spiritual progress. In some cases, that karma is going to push the person into scenarios that will challenge and trigger them to process static energies.

Such scenarios can include a twin flame dealing with another twin flame or more of them, with whom they play out a karmic romantic scenario which is burdened by elements like karmics. That twin flame can also deal with a karmic scenario of parenthood or childhood, which involves their twin and thereby forces them to process that stagnant energy from their frequency.

Processing these scenarios and releasing the karma is going to help bring these twin flames further onto the union and merging path.

The more work people do after they are awakened, the further they get along their path towards ascension.

A significant part of ascension is the twin flames scenarios that someone deals with. In a sense, the more a consciousness subdivision has already done in order to release karma and come into union with various other subdivisions of the same consciousness, the less likely it is for it to experience multiple twin flames as part of the human experience.

At the same time, the higher someone’s frequency is, the more likely it is for them to manifest a twin flame of a similar frequency. When twins reach the frequency of unions and achieve it, their next human experience is likely to attract yet another similar frequency to theirs and keep the merging process going.

Can you have more than one twin flame? Most definitely.

It may seem overwhelming that you could have multiple twins out there, more so if you’ve been experiencing an intense romanticized twin flame connection during this human experience. Don’t worry, your other twins will most likely come in on different vibes and under different circumstances to play out different scenarios, so you won’t have to go through the same thing all over again.

In fact, it’s much more likely that your soul has multiple twin flames than it is for it to have just a single twin flame. You could meet more than a single twin during the same human experience, but it’s not set in stone that you will. Even if you do, they will most likely play out various scenarios as part of your human experience and not be reruns of the same dynamic. That’s because you’ll have processed the energy of that particular type of bond, so you won’t have to go through the same frequency all over again.

1 thought on “Can You Have More than One Twin Flame?”