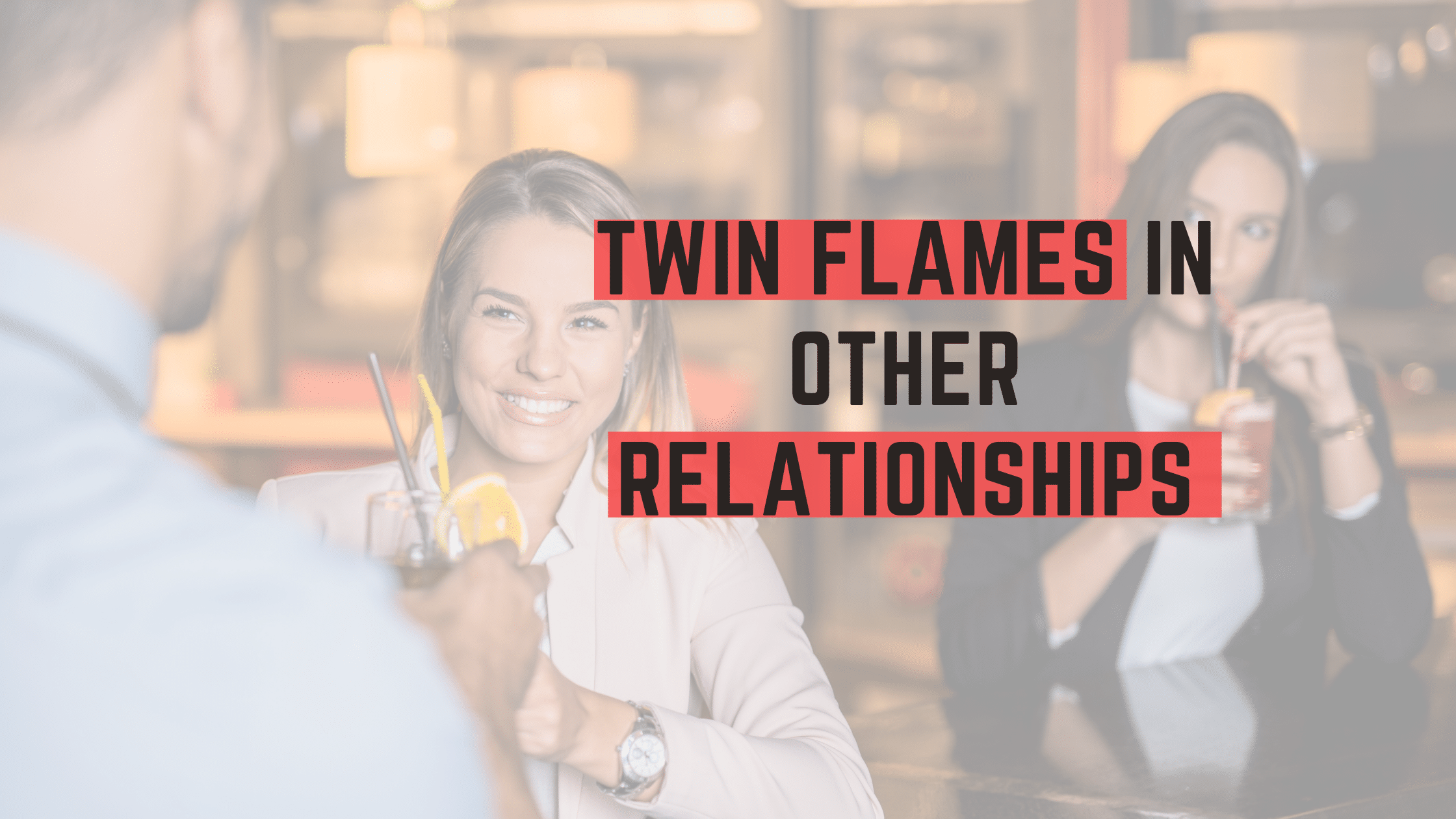 If you’re on the twin flame journey, you’ve surely wondered how twin flames in other relationships work. There’s no written guidebook when it comes to your twin flame soul bond. The only ones who can set the rules are you and your twin flame. Depending on where you each are with your personal development and growth as part of your ascensions, your union might be imminent or further along in the future – perhaps even part of another human experience!

In the meantime, you’ll most likely have other partners as part of your current human experience. If you choose to wait for your twin flame, of course, that’s also an option. But few souls manage to do that, and the separation journey might be a lengthy one. Until union becomes a real possibility, you’ll be dating other people, loving other people, and most likely dealing with a lot of karmic partners and situations.

Sometimes society might create additional pressures if one or both twins are legally married. If you (or your twin) are at that stage, I’d suggest taking a look at my guide on married twin flames instead.

Should I Wait for My Twin Flame?

Holding out for your spiritual partner is an admirable sentiment, but it’s in no way a rule or a goal in itself unless you feel that way deep down in your heart.

Especially during tough periods and going through things like twin flame silent treatment it can sometimes feel like things will never work out.

How Long Would You Be Waiting For?

Keep in mind that you might be spending numerous human experiences working through your shadows and karma in order to make enough progress to get anywhere near twin flame union frequency. Ascension is going to be a slow and steady process, and there are no rules when it comes to timing. It’s not a race, but a prize in itself.

Because of the slower or faster progress, your soul is going to make during several human experiences, during some of them you might even be unaware that you are a twin flame at all. I don’t imagine that you’ll spend all of those human experiences alone.

Divinity, the universe, and the collective don’t want you to be alone or endure lifetimes of punishment for not having reached union frequency yet.

While chastity is a very strong spiritual currency, it needs to be a consequence of what your soul tells you, not something you set out to achieve in order to gain something for it. It won’t precipitate union all on its own, and suffering solitude won’t push you any further along the path towards union either.

It is true that chastity, when it comes from your heart, is a sign of very high frequency. It’s such a high frequency that you don’t actually run into it that often. Who do you know of that leads to a chaste life? Monks, some priests, nuns – see the pattern here? It’s a life of physical sacrifice, in a way, for a higher calling. But it’s not a shortcut to salvation or union in and of itself.

During ascension, it might serve you to go without physical intimacy, if your higher self, spirit guides, angels, and ancestors guide you to do so. But it’s in no way a requirement. For some people, upgrades get integrated with more ease while all of their chakras are going strong. For others, speedier upgrades integration means having a full third-dimensional experience.

If you’re experiencing the much-dreaded separation phase, you’re going to experience a roller-coaster of emotions and energy. The twin flame journey is nowhere near its end, keep that in mind. Separation is only a step or a break along the way. The journey only ends when union is reached, and there’s no way to break that bond in the meantime.

As a result, depending on how long a separation experience you’ll go through, it’s very likely that you’ll be dating someone else. You could even get married in the meantime. Will your twin flame know what you’re up to? In a sense, yes. So will you when it comes to them.

But if one of the twins has exercised free will to put the twin flame journey on hold, the other twin won’t simply put the rest of their lives on indefinite hold. The pain of being without your twin is going to be bad enough, adding solitude to that mix can’t make things any better unless you feel called to do so.

While you’re in separation, you can easily love not just one other person, but several. If you’re a twin flame, even if your journey towards union might be put on hold for a while, you still are a soul programmed for fifth-dimensional unconditional love.

Since you won’t be able to pour all of that capacity to love into the relationship with your twin, it’s highly likely that you’ll be pouring out that love as part of other relationships. And you will be able to love other people, have no doubt about that. You’re more capable to love unconditionally than anyone else, that’s the blueprint of your soul. 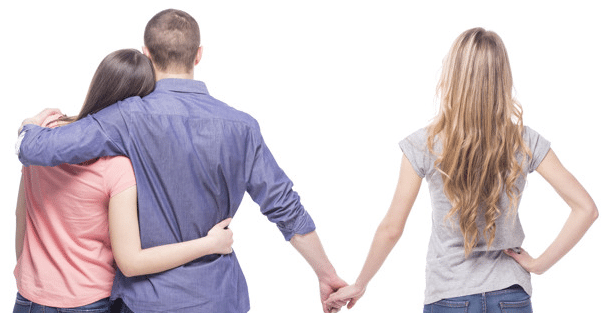 If you’re feeling guilty about loving someone else while you’re in separation, you need to be honest about your situation. If you’re the twin flame runner, then you’ve ran for a reason: you’re not ready for your twin flames connection at that particular point in time. There’s a lot of work you still need to do to become ready. Love is a high frequency in itself, and truly loving someone will only serve to help you along your path towards ascension.

If you’re the so-called chaser in the twin flames dynamic at this stage, it’s not even your decision not to be with your twin flame right now. You can only respect their space and honor their decision and the time they need to go through their process of ascension. In the meantime, you’ll most likely attract high vibe (but also some low vibe!) people and it’s very likely you’ll be loved and love in return. And there’s nothing wrong with that.

Just like in all relationships, you’re cheating if you’ve entered into a committed monogamous relationship and thereby made a promise to only be with your partner and no one else from thereon. If you’re breaking vows of any kind, then yes, you’re cheating. If you haven’t made any vows or you’re only feeling the energetic presence of your twin but they’re not part of your life, it’s all up to what feels right to you.

Your heart and soul know the answer to the question if you should or shouldn’t be with someone else while your twin flame bond is still in process of maturing towards the union frequency. When you follow what your soul guides you to do, there’s no wrong option here.

Am I Dating a Karmic Twin?

Many believe that if their twin flame can’t commit to the journey and the work that needs to be done, and they happen to be in another relationship in the meantime, it means they’re with a karmic partner.

The term “karmic” is often used to describe someone other than their twin flame that a twin flame chooses at some point along the way. You might be tempted to focus on the “karmic” and feel resentment towards them as if they’re doing something to keep your twin away from you.

If you’re feeling that kind of resentment, try to work on that shadow and resolve it within your heart. Unless you’re in a committed relationship with your twin and someone gets between you knowing about you and your relationship, then that person is most likely clueless about the whole situation between you and your twin.

Your twin’s partner is not karmic by definition because they’re your twin flame’s partner of choice at some point. But all events, people, and relationships anyone ever has are karmic, for twin flames and everyone else – and that’s a good thing. It means that they’re all an opportunity to learn and grow. Karmic stuff is not bad stuff, though it can be pretty unpleasant if you’ve got really nasty karma to process. Even then, it comes in as an aid, not a hindrance.

Whether you’ll be twin flames in other relationships or not is something that only you as twin flames can decide or at the very least one of you. It’s not a good or a bad thing in itself, simply another step along a complex and demanding way towards union.

When it comes to twin flames, each partner can only decide for themselves what the right thing to do is at that particular time. You’re both high vibe souls capable of high-frequency unconditional love, so you’re pretty much built to love and help the ones you love blossom and grow. In a sense, that’s part of your mission.

How you decide to exercise that love during different stages of your journey is all up to you, beautiful soul!