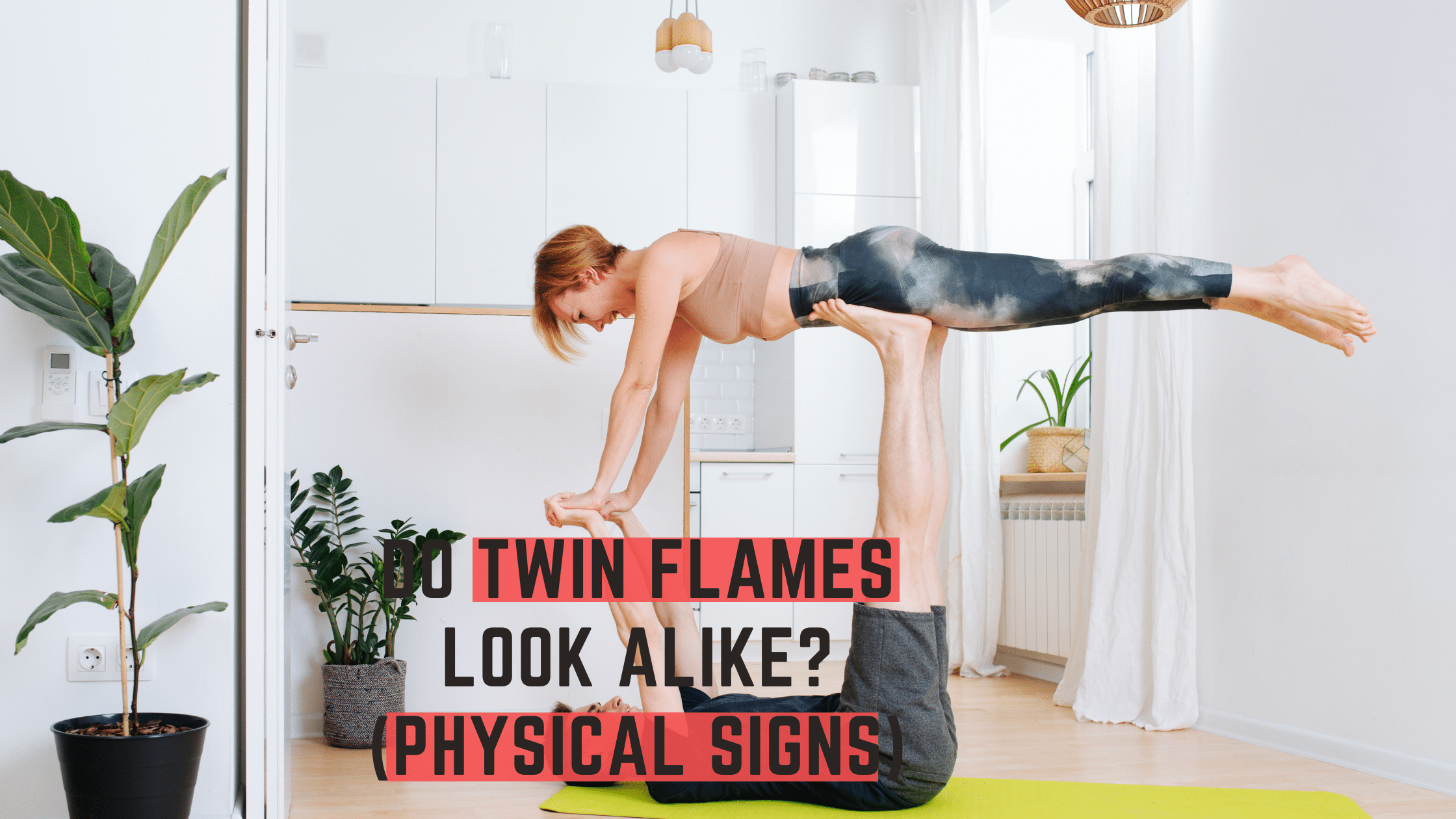 But there will always be somewhat eerie similarities between you which will make you come across as very similar, even if the physical appearance or facial features aren’t exact carbon copies of each other. You’re likely to have similar features not to the looks of your body, for instance, but to proportions, posture preferences, workout routines, behaviors, facial expressions. While your faces won’t be identical, there will be a great symmetry between your faces. While you won’t look exactly like each other, the overall impression you leave on people is likely to be extremely alike.

Let’s just state it clearly: twin flames do not look alike. Their souls are twins, not their third-dimensional bodies. Their energies are mirroring each other, not their genes.

But then again, they might seem to look very similar. When taking a look at them together, even though they’ll most likely look absolutely nothing alike, you’ll sense rather than see a similarity. That’s your energy reading theirs, not your eye picking up similar physical characteristics.

There might some characteristics in common, though. Because twins tend to mirror each other’s strong suits and weaknesses, they might have a similar super-healthy diet or unhealthy eating habit, so they might both have a similar body type. They could both have the same sweet tooth or love the same kind of fizzy drinks. They could both be just as zealous at the gym or run the same insane number of miles every day or week.

So while twin flames won’t be carbon copies of each other, their lifestyles will most likely be very similar which will make them leave a very similar first impression.

While you shouldn’t expect to have the same color of eyes or the same shape of ears or nose, it’s very likely that when looking at your twin you’d feel that there’s a very strong resemblance.

It may be hard to actually identify what is so similar if you study each part of the face in itself. You might both have dimples or similarly shaped eyebrows, but each of the actual facial features by themselves won’t be as similar as the overall impression will likely be.

That similarity is also going to be based on your twin energies. Since the eyes are windows to the soul, your presence is going to project similarly to someone looking at you. It will also be the similarity of your energies which they’ll pick up on, but most likely won’t be able to pinpoint what is so similar and will end up saying you simply look alike.

Having Physical Traits in Common

Though your bodies aren’t likely to look a terrible lot alike, you might find that you have common physical traits that are less related to your body in itself and more related to your habits or lifestyle.

All of those similar habits are going to affect their bodies in similar ways. Because of that, they might seem to have a lot of physical traits in common. And because they’ll project the same type of energy, they’re going to seem to be all the more similar.

When a soul is part of the twin flame relationship, it’s going to experience a lot of mirroring with its twin flame. Because of that, the two are very likely to either have the same type of habits or behaviors or take on the same habits and behaviors as a result of their energies harmonizing through the twin flame bond.

While people who care about one another tend to take on habits of their loved ones, twin flames will display the same type of imitation but on a way deeper level. It could take twin flames way shorter time to display those similarities than it would take people in another type of relationship.

Those types of similarities added to what comes across as them looking alike most likely because of similar facial expressions, postures, and the mirrored energy they project only serves to further strengthen that impression that they look alike.

Do twin flames look alike? Yes and no. While a soul part of the twin flame dynamic doesn’t have a physical twin, they have a spiritual twin. Though they won’t necessarily look super similar when it comes to facial features or physical traits, those who are part of a twin flame connection are very likely to come across as eerily similar.

That likeness is going to result from a large number of elements that aren’t in fact physical or facial traits, rather expressions, behaviors, habits, similar styles of clothing, similarities in tonality and so on.

While the way a body looks is largely determined by genes, the mirroring energies of the twins will manifest in mirroring interests and pursuits. And those similarities will likely result in a big sense of looking alike, coupled with the likeness of the energy they’ll project through their presence.

All of these elements combined in the eye of the beholder and the energy perception of the twins’ mirroring will result in a strong feeling that they look very much alike.