Twin flames hurt each other mainly during the twin flame separation phase but while it hurts (don’t I know it) there’s actually an important reason for it.

The twin flame separation pain is never a goal of the twin flame runner, but it does end up being one of the most powerful catalysts of growth for both twin flames.

Note: I’ve been through the journey. I know exactly how bad difficult separation stages can get. I don’t want to take away the pain anyone is feeling but I do think a proper understanding of the journey is the best way through it. Painful stages might be a sign of a big next step.

Can Your Twin Flame Hurt You?

You can also hurt your twin flame because you’re exercising the free will to put the twin flame journey on hold for a while or for this lifetime. While it’s terribly painful for both twins, it’s never the intent of the runner to hurt their “chaser” twin, and they both end up suffering for the duration of that separation. But it’s never coming from an intent to hurt.

People who want to or choose to act with an intent to hurt their partners or former partners are not twin flames. They may or may not be toxic people for having that kind of low vibe thinking and feeling going on, or they might simply have a very low vibe moment which they will eventually overcome.

But true twin flames could never even bear the thought of causing harm to their twin. It’s simply outside of the realm of their possibilities in terms of intention. However, they can end up hurting their twin without intending to do that. It can be a result of a lack of personal growth at that stage of their personal path towards ascension or a result of their denial at whatever stages of their twin flame relationship.

The key element here is that there’s no intention behind hurting their twin – it’s an unwanted or unaware byproduct of whatever they’re going through on a personal level.

If you think you’re in a twin flame relationship with someone who you believe to be your twin and they inflict any sort of harm or abuse on you, let’s just cut to the heart of the matter: they’re not your true twin flame!

That doesn’t mean that you are not a twin flame. It simply means that because you are a twin flame, have a twin flame divine counterpart out there, and happened to have a very passionate and intensely emotional relationship with someone, you got confused and thought this person was your twin when in fact they weren’t.

Karmic relationships play an important role in your path towards connecting with your true twin, even though they’re going to be an undeniably painful type of help towards true union.

Why Twin Flames Cause Hurt 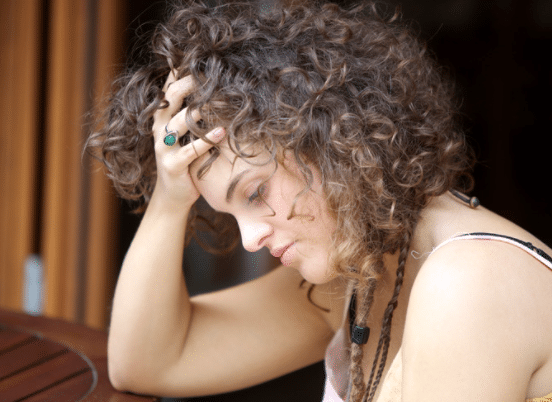 Let me just re-emphasize the fact that twin flames cause hurt not because they intend to.

Part of your personal growth and development revolves around different core wounds at the soul level, and through your deep connection, your twin flame feels that pain since your souls are perfect mirrors. You’re also going to feel their pain as part of your spiritual journey.

The strong connection between you guys at a soul level is going to convey and amplify each other’s emotional pain and distress, but it’s also going to lead to mutual growth and shared happiness as a result of each twin having beautiful experiences.

When it comes to this soul bond, there’s a lot of sharing going on (make sure you’ve read the guide on twin flame telepathy) a long time before either one becomes aware of your intense connection. Technically, this is also a stage of the twin flame separation stage, but it’s one based on the lack of awareness at your current level of consciousness that you are in fact a twin flame on the path of the twin journey.

This kind of twin flame pain is a result of still having to do a lot of personal growth and dealing with various personal issues.

Twin flames can end up hurting each other during stages of the twin flame journey when they’re already aware of the bond, but choose to go through a physical separation for reasons of their own.

While this is an excruciating part of your journey and a terribly triggering one, it’s important to understand that the runner flame doesn’t have any intent or desire to hurt their chaser twin. They’re not actually running from their divine counterpart as much as they’re likely to be running from themselves because of their unhealed issues.

There’s a lot of healing and processing of karma that happens for regular people. Twin flames have lifetimes more of that to go through before they can harmonize with the union frequency. There’s so, so much healing to be done for each twin, and that’s amplified and mirrored between the twins which take things to a whole other level.

If your runner twin is hurting you at this point, lead with your unconditional love frequency and understand that they’re not trying to hurt you at all. They’re most likely trying to hurt themselves, whether they’re aware of that or not because they still have a LOT of healing to do.

How it Helps Your Journey

Whether you’ve already connected to your twin flame in the 3D or not, take this chance to focus on yourself and your own path towards ascension. The pain and issues you run into are a catalyst for growth and development, so make the most of this opportunity to focus on that.

Focus on Your Growth and Ascension

If your twin is going through a runner phase, the best thing you can do right now is focus on healing yourself and raising your vibration. That’s going to influence their own frequency and gently help them get out of the vibration slump they’ve fallen into for whatever reason.

Your twin soul bond is not ever going to break, that’s simply part of your soul code. Whether they’re rebelling against their life purpose like a petulant teenager or going into denial about the huge responsibility like a new adult quaking in their boots, take it for what it is: a growing phase. And as we all know, there are a lot of growing pains that come with that process.

At this point, what you can do to help them overcome this difficult moment in their process of growth and development is to direct towards them your high-frequency unconditional love and lovingly show them the light through your soul bond.

Don’t worry about how long it takes for them to see the light at the end of this particular tunnel. We all grow at our own pace. But we do all grow beyond these awkward phases. It’s only a matter of time, and as twins, you have numerous lifetimes to work things out and reach the divine union frequency.

Take this opportunity to focus on your own path towards ascension. There are a few things you can do to help along the process from your end, but keep in mind that you can’t do all of the work for both of you. It takes flame teamwork to make the union dream work, right?

Manifest Progress With the Law of Attraction

You can do your best to fuel change and growth by using the Law of Attraction for twin flames.

Manifestation is a very powerful process, and when it comes to twins it’s even more powerful than for the general population because of the nature of the twin flames soul code.

When your manifestation process comes from the right place, meaning from your frequency of unconditional love, you’ll be amazed at the results you get. It’s pretty much a super-power that you have as a twin. But it’s a super-power that your twin also has, so if they’re trying to manifest separation (tragic as that is), you won’t be able to manifest the progress towards union as much as you might hope or like to.

Channel Your Inner Divine With the Help of Meditation

Twin flame meditation is another very powerful tool for people, by and large, which turns into a super-power for twins.

You can use meditation to cleanse your energetic body and that of your twin through your energy cord. And because cleansing comes from a place of desiring someone’s absolute best interests, it can’t go wrong.

Sooner or later, your rebel twin is also going to reach the surrender stage of your journey. They might take a longer time to reach it and it might be pretty triggering for you in the process, but look at the whole thing like it’s yet another opportunity for you to grow and help your bond reach its maturity and completion through the union and merging stages.