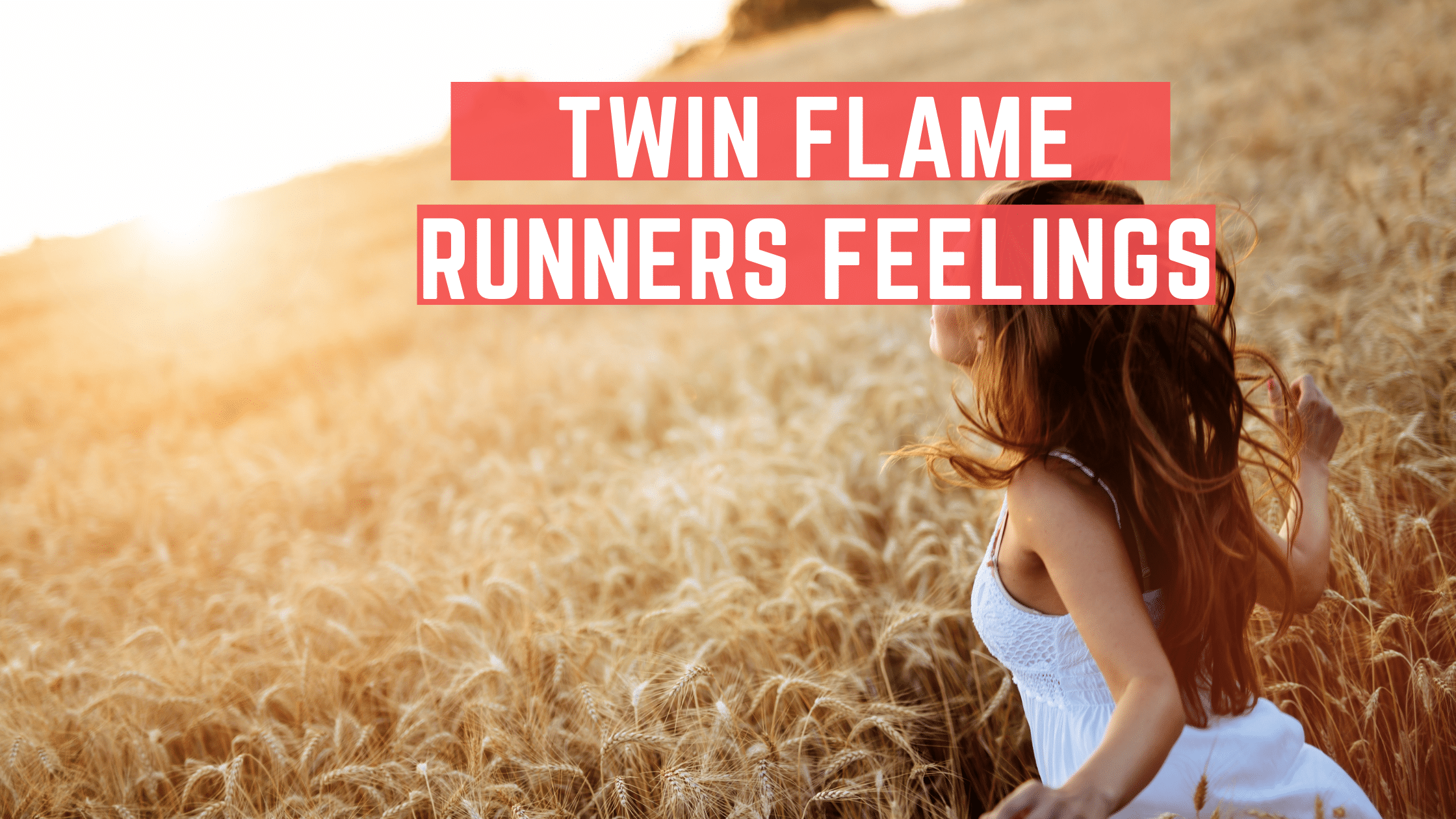 The twin flame journey is almost always confusing in the early stages and trying to figure out the twin flame runner’s feelings is never easy. They don’t seem to understand what’s going on and it can seem like you’re the one left with the heavy lifting.

The answer is almost always that the twin flame runner just isn’t ready for this level of connection. They’ll experience something but they’ll try and frame it in a way that suits their understanding of what a relationship can and should be. And this can result in some… confusing feelings.

Understanding why the twin flame runner feels like this is an important part of getting them back. Their feelings are going to change over time and, on some level, twin flames always feel the same way about each other. Understanding what they’re going through not only helps make your current stage easier, it can bring you closer to union that much quicker.

An Intensity They Can’t Handle

The twin flame runner loves his/her twin flame, but cannot deal with the intensity that this connection brings.

He/she feels that he/she may lose his/her individuality and may stop being himself/herself. He/she believes that his/her feelings are too exposed, which he/she finds overwhelming. This individual has not evolved enough to experience a union between two twin flames. It is only a matter of time when he understands that only his/her twin flame can make him/her happy he will want to return to him. It must be understood that they suffer from being away from their twin flame. However, they do not yet have the courage to experience such a strong bond. Surely they have only had superficial relationships before and a twin-flame union is difficult for them to understand.

If you’re feeling really stuck with your journey, tell me about your path so far and get a free twin flame reading.

Twin flame runners experience a shock of the soul when they are separated from their twin flame. They feel an existential void that they cannot fill with anything. Their feelings, insecurities and emotions have been exposed to them and they cannot cope. They experience extreme pain, as they are often people who do not cultivate spirituality. For this reason, they have not evolved during this lifetime. Those who experience the awakening of consciousness know that we are spiritual beings living a human experience. Unfortunately, the twin flame runners have no idea about this. That spiritual void only increases suffering. As time passes, they begin to evolve and understand that they cannot live without their twin flame. This process takes time and the twin flame chaser must be patient to understand it.

As the twin flames go through the separation stage, both tend to make mistakes. The twin flame runner is so frightened by this intense connection that He/ she is able to marry another person in order to escape his/ her own feelings. In fact, they get married, have children and still feel empty.

It also happens that twin flame runners have occasional relationships without any depth. This attitude makes them suffer more.

It takes a long time before they actually understand that joining their twin flame is what will make them happy. The twin flame chaser often makes the mistake of looking for them and begging them to come back. This attitude only makes the situation worse and delays the definitive union between them.

Twin flame runner’s feelings are often contradictory. As inconsistent as it sounds, they love their twin flame, but that intense connection intimidates them and they run away. Twin flame runners have never experienced a spiritual awakening, have had shallow love relationships and have never been interested in cultivating other types of attachments. So when faced with a connection as strong as that of the twin flames, they prefer to deny it. At first, they want to continue living their lives as usual and avoid any changes. They want to stay in their comfort zone because they don’t want to take any chances. After a while, they realize they made a mistake and regret it.

The intense connection that comes with a twin-flame relationship requires a spiritual awakening. Twin flame runners are not ready for that process because the spiritual awakening makes them uncomfortable. They do not want to assume past mistakes and the damage they may have caused to others. They prefer to “sleep on” and not face what they are feeling. In this way, they do not face their personal weaknesses. At first, the twin flame runners deny the pain, then they ignore it completely until one day that pain comes to the surface. In reality, that pain was always there, but they never dared to face it.

The twin flame runner can feel scared in front of the intense connection that implies a relationship between two twin flames. This will make him run away from that situation. However, he/she will later understand that he desperately needs to be with his/her twin flame. They are meant to be together and they will overcome the obstacles together.