Are you seeing angel number 717 on your twin flame journey? What is it trying to tell you and how can you use its message to bring you to union with your mirror soul?

Angel Number 717 is a sign that twin flames are being guided to explore new spiritual paths. The universe wants to tell you that something is blocking your journey and needs to be focused on.

It’s a sign of support from the universe but it’s going to be up to you to figure out this blockage because it won’t just go away by itself.

What does angel number 717 mean for twin flames? Why do you see it? Is 717 a twin flame number?

What Does 717 Mean for Twin Flames?

If you’re seeing this pattern, make sure you understand where twin flame numbers come from and how they help your journey. It’s likely not the only sign you’re being sent.

The angel number 717 is a powerful number for twin flames. It’s a sign that you’re on the right path and you could reach union in this lifetime but there’s something between the two of you.

Even symbolically, there’s that number 1 between what would otherwise be two double numbers and the yin yang of the twin flame union.

If you’re seeing this angel number pattern then the universe is supportive and is trying to empower you but it won’t do all the work for you. This number can also indicate that there is emotional healing needed in order for the mirror soul connection to be whole again.

It’s an invitation to find balance within oneself so that one can offer love freely without fear or judgment.

If you’re not sure about what to do next, let me help with a twin flame reading.

717 is a strong confirmation of a twin flame but remember that doesn’t mean you’re going to reach union this lifetime. There are no promises with this number, just an opportunity for you if you hear its message.

717 doesn’t mean that you won’t reach union, but it’s also the universe’s way of telling you that things might not be easy but the universe is trying to support you. If you’re willing to put in the work and effort, you’ll see the rewards on your journey ahead.

What Should You Do When Seeing 717?

This number pattern is telling you that your intuition and guidance are strong but you might not be listening to them at the moment. Look at the people, things and other aspects of your life that you’ve perhaps made assumptions about.

What is holding you back? What areas have you been neglecting?

A common example I hear is a false flame (for either of you) becomes the reason you’re not in union. We spend our time so focused on them and what they are doing to the journey that we forget the real reason for false twin flames, to begin with.

There are many things that you might not be paying attention to even though they are right in front of you. Don’t make assumptions about life and start using all of your senses to become more aware.

Meditation might help you clear through the clutter of physical distractions and see the true cause of the blockage.

Seeing 717 When in Separation With Your Twin Flame 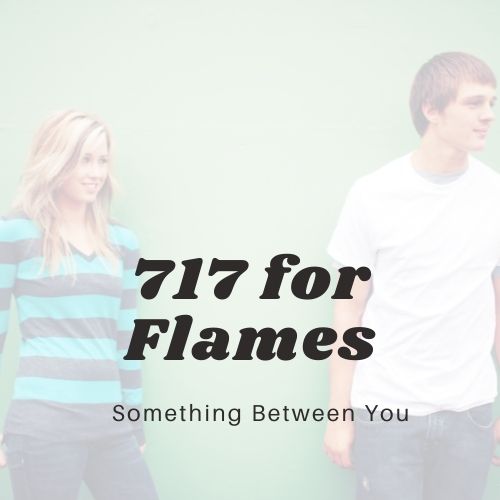 Seeing 717 while in separation with your twin flame could be indicative of the need to spend more time for yourself. And on yourself.

I know this can seem easier said than done with the intense pain of a separation phase but the sooner you’re able to let go of the physical distractions and bring your focus inward, the sooner you can remove this blockage.

717 is a number pattern that probably won’t appear anywhere except in separation.

You need time apart so that each of you can find yourself again on your own terms without distractions from one another. This time away will allow each other space for self-reflection and growth as well as give room for more creativity between the two of you when reunited together once again with renewed energy.

Both twins will be seeing synchronicities and number patterns (even if they’re not aware of it) but whether they’ll both be seeing angel number 717 depends on the blockage.

If both twin flames have work to do to clear the blockage then they’ll both see the same pattern. Otherwise, they’ll be seeing different patterns possibly ones to help draw your attention to the root of the problem, or maybe they’re dealing with something entirely different on their own.

If you’re seeing other number patterns in combination with angel number 717 then the universe might be painting a very clear picture for you. The Universe can communicate with twin flames in a variety of ways so look out for strange dreams or other patterns, not just number combinations around you.