Want to find out more about monadic twins? There are theories about different types of twin flames.

When it comes to the different types of twin flame connections, we know for sure we’re dealing with two bodies. How you perceive and understand the twin souls can differ from twin to twin.

What Are Monadic Twin Flames?

The term monadic twin comes from the word “monad,” which means a single unit. In our case, it’s the twin soul birth, the point of origin of the pair of mirrored souls.

In spirituality, some see the monad as the essential or ultimate spiritual entity, the one soul from which the souls of the twins originate. And if that’s the case, we could say that it’s also the end goal of achieving divine union. 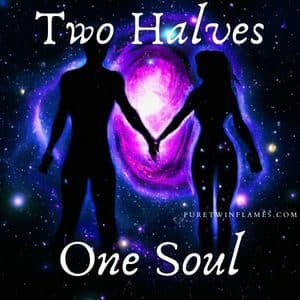 Because they originate from the same soul, in their 3D life, the twins essentially share a split soul that originates from the higher dimensions. But then again, I believe everyone on the twin flame journey is in that boat. If you ask me, they’re all monadic twin flames in that sense.

Essentially, the monadic souls come from the same energetic core or entity. You can see that as the twins essentially being one soul split between two bodies. As a monadic twin, you’re looking for the other half of your soul.

Those who see the monadic twins or the same souls as a different or special type of twins differentiate between them and the so-called split soul twin flames. The main difference would be the origin or starting point of the souls.

Presumably, there are twins who have different souls, at least at some point along their numerous lifetimes. That’s where the split souls’ idea comes from. In some circles, there’s the belief that these split souls might not yearn as much to achieve union. Since they had separate souls, to begin with, they’d find it more bearable to be apart.

If you ask me, twins always share the same energetic DNA and the bond at the soul level precisely because the flame pairs all come from the same original entity in the spiritual realm.

In terms of higher selves, all flames burn together to become one. That’s their divine mission. That’s why it’s such a strong connection and why it entails such a profound spiritual journey.

Twin flame soul connections are based on unconditional love. While we’re dealing with two separate bodies, at the soul level, you have the same energy, DNA or essence. Twins are always connected in spirit and energy.

As part of the human experience, each twin has an individual soul. But they’re surely part of the same soul group or higher self. There’s no consciously aware group mind for the same-soul group. But the soul family operates based on a powerful soul connection.

Whether you choose to differentiate between split soul twins and monadic twin flames or not, we’re all working on our life purpose: to ascend and assist humanity. Maybe not all twin flames are actively and consciously aware of their work, but that’s not based on the so-called nature of their old souls.

Split-souls or same-soul twin flame types still go through the same growing pains in spiritual terms. They all need just as much help, support, and guidance from their spirit guides.

I don’t like to think of any twins as half-souls, not really. I think we’re all part of one large soul family. But as part of our human lives, we operate as split souls since we haven’t yet reached divine union frequency.

Our higher calling is to connect with our divine counterparts and ascend so we can unite. Most, if not all, twin flames do the hard work at whatever pace they can.

If you ask me, I see the monadic twins stage as the last phase before merging spiritually into one body or entity and ascending.

The point of the twin flame journey is to achieve your twin flame union. That’s when they reunite into one soul. In order to get there, they go through the Earth-school stage of life to connect to their higher self.

Of course, relationships are part of the twin flame dynamics. They involve romantic blueprints, but not just them.

A twin flame relationship is not for the faint of heart. None of this journey is, in fact. They’re all hardcore spiritual warriors, or they wouldn’t be on this journey to manifest the New Earth.

And whether you see twins as one split soul or as two souls, the trials and tribulations of the journey and the relationship are just as tough. They receive the support of their extended soul family every step along the way. They offer their own unconditional love and spiritual energy.

Twin flame connections aren’t the way towards ascension because they’re romantic or passionate, though they certainly are. It’s the bond of unconditional love that helps them grow spiritually and ascend.

We can look at different twin flame types or try to divide them into groups, but the nature of the journey is still very much the same. Every type of twin flame journey boils down to each of them connecting with their divine counterpart or other half. 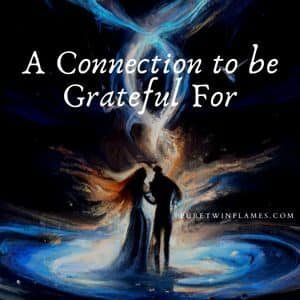 There’s no real way to tell for sure if you’re one-soul or split-souls based on the presence of soulmate connections in your lives. You can’t say that particular types of twin flames have particular paths.

There’s a lot of growth happening for twins, even as two separate souls leading everyday lives. Twins can grow a lot through connections with soul mates too. And that doesn’t have to mean romantic connections, but it can mean that as well.

Soulmate relationships can also help twins grow as long as they’re based on unconditional love. If they’ve gone through some very traumatic events in previous lives, they might shy away from the flame journey for a while. After all, they have a lot of soul history.

That very same person can overcome some issues from the last life or lives through a soulmate connection. These soul ties can be comforting, nourishing, and a precious source of support as twins do some of their growing.

These connections prepare them for connecting with their divine counterparts in future lives. That’s how soulmates can help twin flames to make progress on the journey toward union.

It’s Not About The Differences, But The Common Goal: Union

Each twin flame’s experience is different and unique. It’s not like one type of twin flame has it much easier than the other. All types of twin flames have a demanding but incredibly rewarding experience on Earth or any other planet.

Whether they’ve had extra-terrestrial past lives somewhere else in the solar system or not, they’re still working on the same milestones.

Sure, a past life regression therapist might come up with some interesting pieces of information. Maybe they’ve had numerous past lives in different countries, on other planets, and at various points in time in various timelines. But their past life regressionist sessions won’t change their life purpose and end goal: union.

I don’t believe that focusing on the different types of twin flames makes that much of a difference when it comes to the real work of spiritual growth and achieving union.

That’s demanding and confusing enough. Twins have to deal with the pain of separation and the various other growing pains along the way.

Flames can be perceived as two halves of one soul or two souls becoming one. Whether you see yourself as a monadic twin or not, the nature of the journey is still the same.

The journey towards union can be demanding and confusing. The core truth of your soul is still the same, however you look at it. As a divine flame, you and your counterpart are meant to reconnect and burn bright together in order to light up a whole New World.

You’ve lived through numerous past lives. You’ve seen, felt, experienced, and understood so much! How you choose to identify as a twin is entirely up to you.

In the end, you know the truth of your heart and soul. That’s what is truly important. As long as you focus on your authentic truth and the unconditional love you and your twin have for each other, you’ll make great progress towards union.